Cycle lanes in London may be about to get a lot busier. Call it, as some have, ‘Copenhagenisation’, after the city that has made bike lanes as wide as car lanes as part of its efforts to be the world’s first CO2-neutral capital by 2025. Or just see it as an inevitable consequence of embracing new, greener modes of transport in a city that, historically, has been rather attached to the internal combustion engined car. These days we’re all aware of, as economists refer to them, the car’s ‘negative externalities’ and their global impact.

“PEOPLE HAVE GROWING EXPECTATIONS OF THE BUILT ENVIRONMENT, PARTICULARLY THAT IT DOESN’T HAVE A NEGATIVE IMPACT ON THEIR LIVES”

Yet it’s not consideration of the long-term, global issue of climate change that is driving a shift in attitude to transportation in London. “It’s more about the short-term, local and tangible,” argues Arun Khagram, head of consulting at MP Smarter Travel, a sustainable transport engagement agency, which works with local authorities and business improvement districts to introduce new ways of thinking on this matter.

With London being the fourth most nitrogen dioxide polluted city in the world, naturally it’s a concern at the level of the individual and their family. “People have growing expectations of the built environment, particularly that it doesn’t have a negative impact on their lives,” notes Martin Gettings, head of sustainability for Canary Wharf Group, which has introduced rapid charging points and zero idling policies on its estates, among its sustainability activities – all contributing to the neighbourhoods clean air ambitions which are high on the agenda.

Likewise, big businesses see involvement in the city’s environmental improvement as part of their progress towards sustainability accreditation. Smaller London businesses may be more interested in how eco transport can help their bottom line. “But while there’s a gap between interest and action,” says Khagram, “and while knowing where to start in what is becoming a very dynamic field can be confusing, if they discover through a pilot programme that, say, taking deliveries by cargo bike will be more cost-and-time-efficient, they’re quickly on board.” 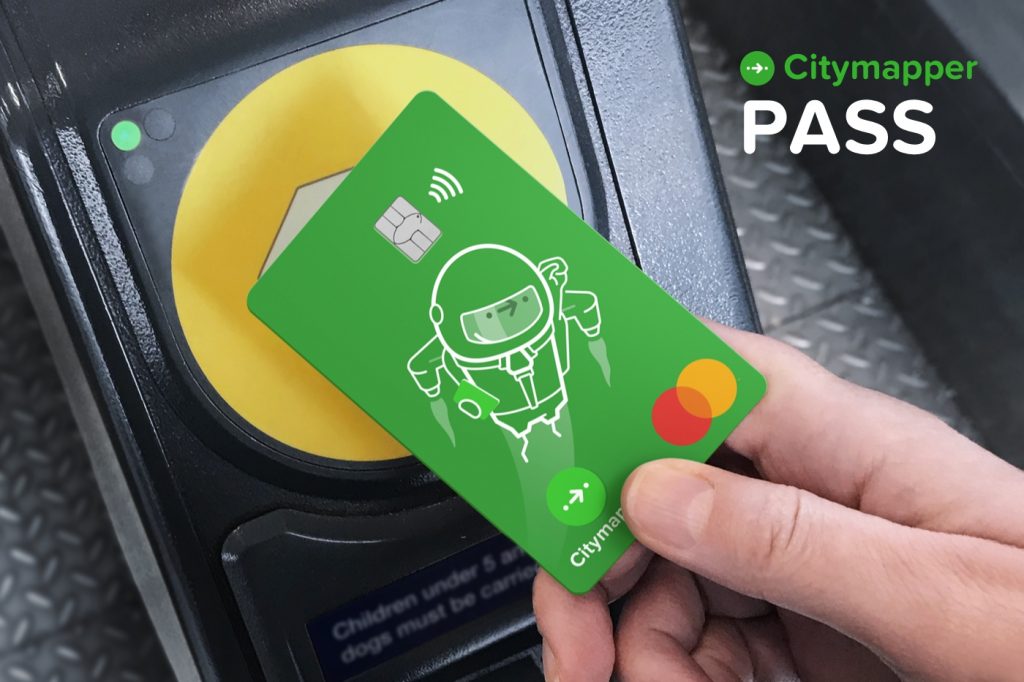 That’s a legitimate response – few people are without some self-interest. Therefore, across London and in many major European cities, there are diverse moves to incentivise us to tackle our dependence on environmentally-unfriendly transport. For example, workers are rewarded with reduced fares travelling on the Thames Clipper ferry – a cleaner mode of transport – to and from the Canary Wharf pier. Some are more subtle nudges to make car use more inconvenient: expect a future of even tighter emissions zoning and automated bollards popping up out of the ground to prevent access to roads at certain times of the day. But others are being readily embraced by city dwellers.

LONDON’S POPULATION IS PREDICTED TO BE 11 MILLION-PLUS BY 2050, SO NEW WAYS OF THINKING ARE NEEDED NOW.

According to Jaaniki Momaya, general manager of the transport consultancy and e-bike/scooter provider Lime, in Brussels, 37 percent its riders use Lime to get to and/or from public transport at least once a week, while 19 percent of riders use their services as a replacement for their car. And this trend is just as well. “Consider that 80 percent of Europeans are set to become city dwellers by 2050,” adds Momaya, “and it becomes clear that congestion, pollution and lack of space are only going to increase in the not so distant future.” 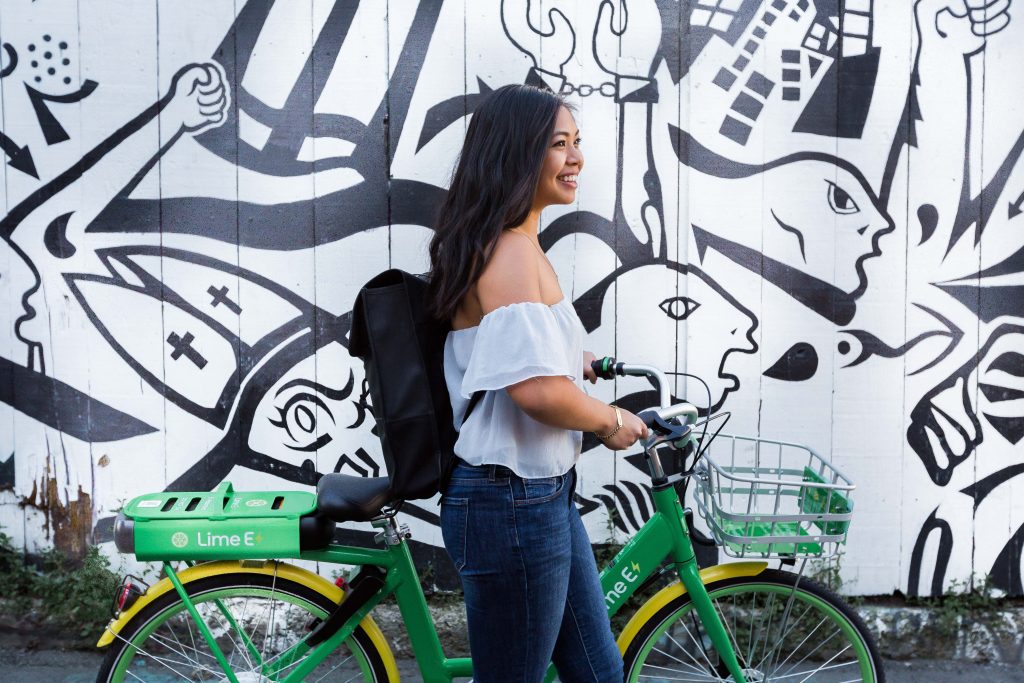 London’s population is predicted to be 11 million-plus by 2050, so new ways of thinking are needed now. Consolidation is one approach: for individuals that might mean a shift to ride sharing; for businesses, the use of fewer vehicles to supply more product, or perhaps proposals to establish centres where freight is aggregated before finishing its inner-city journey by electric means.

Yet the biggest tool driving change, says Khagram, will be technology. Jetson-esque vision of flying pods and delivery drones will continue to be the stuff of sci-fi for some time to come. Even ‘simple’ autonomous on-demand cars are, realistically, decades away. In the meantime, revolution may still come to London in the very physical form of what’s dubbed ‘micro mobility’. With 31 percent of European households now single occupancy, and a result of increased self-employment and ‘flexible’ working, ‘micro mobility’ is a potential solution to environmental anxieties and economic pressures, changing mobility demands and the nature of the journeys we make.

This is the category comprising new forms of urban transport being enabled by ever-improving and affordable battery technology, the likes of cargo bikes, Segway-style vehicles, electric bikes and even hover-boards – all of which may one day be accessible via some future version of a Citymapper-style pass. Such forms are blurring the lines between the established ways of getting around. As Khagram puts it, we’re entering a time when we’ll look at cargo bike, for example, and ponder “just where does a bicycle stop and a van begin?”.

Inevitably, this advance isn’t without its own complications – insurance, safety, signalling, storage, the new rules of the renaissance road will all need to be worked out sooner rather than later. But it represents a bold step towards a cleaner, quieter and more spacious city. And a necessary step too. “[We want] to benefit future generations by giving people more choice and therefore helping them shift reliance away from cars,“ says Momaya. “This move is essential if we’re ever going to be successful in reducing vehicle emissions and preventing the public health crisis of tomorrow.”

“That’s right,” agrees Canary Wharf Group’s Gettings. “In a way we shouldn’t even be talking about ‘eco transport’, just transport and the way it needs to be now. Putting things in ‘eco’ boxes doesn’t always help. Eco transport just needs to be the norm.”

We use cookies on our website to give you the most relevant experience by remembering your preferences and repeat visits. By clicking “Accept All”, you consent to the use of ALL the cookies. However, you may visit "Cookie Settings" to provide a controlled consent.
Cookie SettingsAccept All
Manage consent

This website uses cookies to improve your experience while you navigate through the website. Out of these, the cookies that are categorized as necessary are stored on your browser as they are essential for the working of basic functionalities of the website. We also use third-party cookies that help us analyze and understand how you use this website. These cookies will be stored in your browser only with your consent. You also have the option to opt-out of these cookies. But opting out of some of these cookies may affect your browsing experience.
Necessary Always Enabled
Necessary cookies are absolutely essential for the website to function properly. These cookies ensure basic functionalities and security features of the website, anonymously.
Functional
Functional cookies help to perform certain functionalities like sharing the content of the website on social media platforms, collect feedbacks, and other third-party features.
Performance
Performance cookies are used to understand and analyze the key performance indexes of the website which helps in delivering a better user experience for the visitors.
Analytics
Analytical cookies are used to understand how visitors interact with the website. These cookies help provide information on metrics the number of visitors, bounce rate, traffic source, etc.
Advertisement
Advertisement cookies are used to provide visitors with relevant ads and marketing campaigns. These cookies track visitors across websites and collect information to provide customized ads.
Others
Other uncategorized cookies are those that are being analyzed and have not been classified into a category as yet.
SAVE & ACCEPT