A case of mistaken identity led to Patrick Ambron’s startup, BrandYourself. Like most successful businesses, the idea for BrandYourself was born from a problem. When a recruiter Googled Ambron’s co-founder and mistook him for a criminal, the entrepreneurs quickly searched for a reputational risk firm to ensure it could never happen again. Estimates of more than £15,000 drove them to find a more affordable solution to online management of reputation and privacy for themselves and others. BrandYourself has done so well, Ambron was offered funding on both sides of the Atlantic following appearances on Shark Tank in the U.S. and the Dragon’s Den. The 10-year old business now employs 100 people in two offices.

“90 PERCENT OF OUR CUSTOMERS ARE VICTIMS OF REVENGE.”

How does it work?

Our most popular products and services improve Google results. Some people come to us because Google brings up something negative on them. For example, we deal a lot with victims of revenge. Some people don’t have a negative, but they want to look more positive. They may freelance or own their own business and want a better Google result, or to be associated with a new business, rather than their previous company.

We have a clean up service that shows you all the posts you’ve been tagged in that you may not even realise could be damaging. There are other features, like finding all the places where your information may exist that you don’t want it to, so you can avoid being vulnerable to identity theft. We can find any account you’ve ever created and in one click, delete any you don’t need.

What was the most unexpected thing about being an entrepreneur?

Part of the appeal of starting a business is the idea that you don’t have a boss and all the freedom that comes with that. In reality, with staff, investors, and customers, you actually have more people to answer to and a lot more responsibility than your average employee.

What was the most challenging part of starting the business?

Prioritisation is a challenge in terms of sticking to a plan or one particular thing. There is a temptation to try multiple things for fear of missing something. You can end up chasing way too much – customers, features, building product. In doing so, it can be hard to prioritise, hypothesise and decide to pivot. Equally, a business that’s too scattered or lacks a clear pathway is likely to scare a savvy investor.

With recruiting, the most difficult part sounds obvious, but when it comes to building your team you’re going to be attracted to people like you with similar outlooks. In reality, what you really want to do to is find those people who fill in your gaps. It’s much harder in practice because you click with people who are more like you – but it’s really valuable to go out of your way to find people who have different points of view.

Why did you pursue funding from the Dragon’s Den?

We pursued Dragon’s Den and ultimately did a deal with Peter Jones, because we were starting to get a lot of traction organically in the UK. The idea wasn’t to get some huge investment, but to accelerate in the UK by partnering with a dragon that could open doors for us.

What about the dark side of digital reputation management? Are there any ethical conflicts when customers ask you to delete results?

This is something we thought about when we first started BrandYourself and continue to think about. We don’t work with violent criminals, people who have committed crimes of a sexual nature, hate crimes – we don’t work with anyone who falls into those categories. Ninety percent of our customers are victims of revenge. The ones we really like to help are those who just made a mistake and have turned things around. Anything that doesn’t fall into these categories is discussed and decided by our review board. There’s also the issue of using dubious methods to hide things that should be public. We’re a white hat firm, meaning we’re ethical rather than malicious in our intent. We’re not interested in removing things from the web that should be publicly accessible. If you have committed a crime, it’s still going to be in the public record.

How can consumers be proactive about managing our digital reputations? 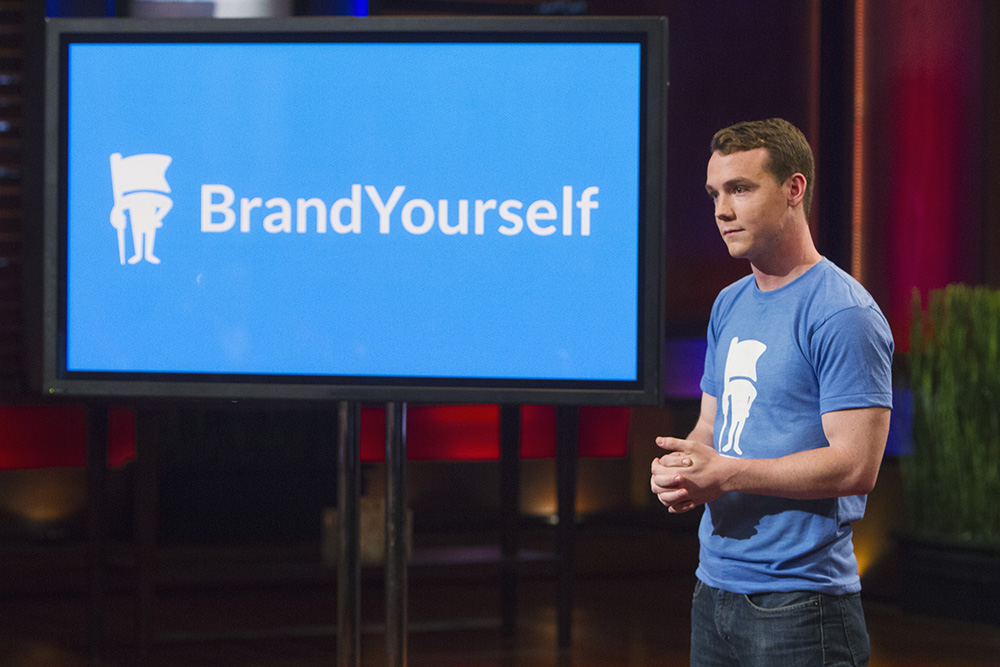 Patrick Ambron is an entrepreneur and the co-founder of BrandYourself.

We use cookies on our website to give you the most relevant experience by remembering your preferences and repeat visits. By clicking “Accept All”, you consent to the use of ALL the cookies. However, you may visit "Cookie Settings" to provide a controlled consent.
Cookie SettingsAccept All
Manage consent

This website uses cookies to improve your experience while you navigate through the website. Out of these, the cookies that are categorized as necessary are stored on your browser as they are essential for the working of basic functionalities of the website. We also use third-party cookies that help us analyze and understand how you use this website. These cookies will be stored in your browser only with your consent. You also have the option to opt-out of these cookies. But opting out of some of these cookies may affect your browsing experience.
Necessary Always Enabled
Necessary cookies are absolutely essential for the website to function properly. These cookies ensure basic functionalities and security features of the website, anonymously.
Functional
Functional cookies help to perform certain functionalities like sharing the content of the website on social media platforms, collect feedbacks, and other third-party features.
Performance
Performance cookies are used to understand and analyze the key performance indexes of the website which helps in delivering a better user experience for the visitors.
Analytics
Analytical cookies are used to understand how visitors interact with the website. These cookies help provide information on metrics the number of visitors, bounce rate, traffic source, etc.
Advertisement
Advertisement cookies are used to provide visitors with relevant ads and marketing campaigns. These cookies track visitors across websites and collect information to provide customized ads.
Others
Other uncategorized cookies are those that are being analyzed and have not been classified into a category as yet.
SAVE & ACCEPT